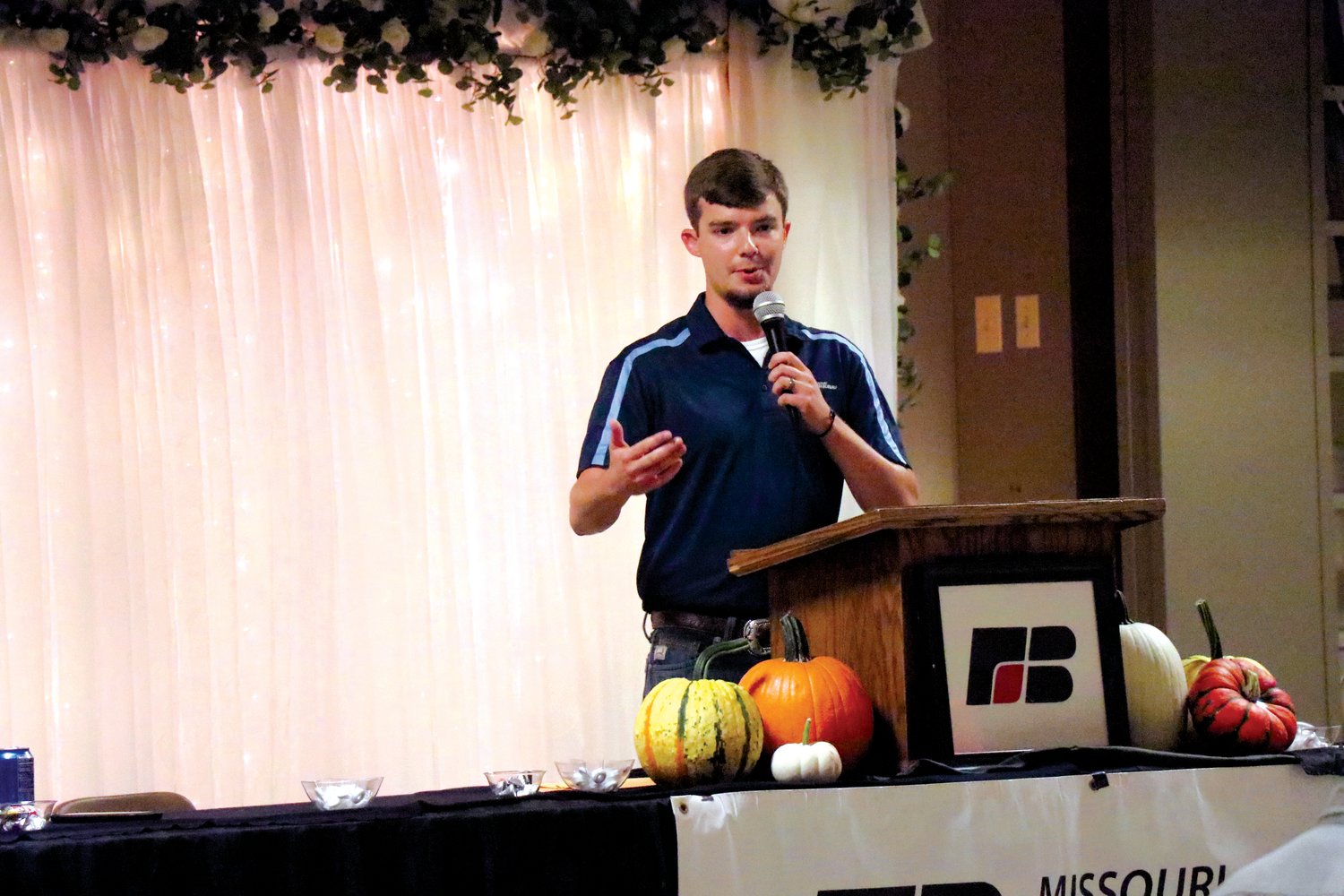 The Perry County Farm Bureau held its annual meeting at the American Legion on Sept. 7.
During the meeting, the Bureau recognized two Century Farms within Perry County. The farm owned by Paul and Yvonne Buerck and Beverly and Lynn Buerck, in Belgique, which has been in the family since 1869 was recognized, along with the Winschel farm owned by Kenneth and Susan Winschel, south of Longtown. The Winschel’s farm is 152 acres and bought in 1882.
The Missouri Century Farm Program celebrates the lasting contributions farmers and ranchers have made to our country’s and state’s heritage.
In 1976, the Centennial Farm project was initiated in Missouri, awarding certificates to persons owning farms that had been in the same family for 100 years or more. Ten years later, the University of Missouri Extension and the MU College of Agriculture, Food and Natural Resources created the annual Century Farm program and recognition. The Missouri Farm Bureau joined as a co-sponsor in 2008. Since the program began in 1976, more than 10,000 Missouri farms have received the Century Farm designation with more than 160 of those being in Perry County.
Rose Kassel was recognized as a leader in the community as a former board member. The Missouri Farm Bureau Foundation offers a paver program to recognize those who contribute to the Farm Bureau’s advocacy at the county and state levels. A paver will be placed at the Missouri Farm Bureau walkway in Jefferson City.


State Representative Rick Francis was presented with the Friend of Agriculture award that honors representatives who have been supportive of agriculture.
“I accept this award not on my behalf, but on your behalf,” Francis said. “It is with your support that I am here. It is an honor to support agriculture in Perry County.”
Students were also honored for participating in Youth Leadership Day. The event is held each year in Jefferson City where junior and seniors have an opportunity to experience government and visit the Capitol and legislators. They were Katie Burns, Lydia Lohmann, Aubrey Jung, Ethan Schmidt, and Jonathan Kluender.
The Director of State and Local Legislative Affairs for Missouri Farm Bureau Ben Travlos spoke on several bills he has been working on getting passed about private property rights.
Membership is up across the state’s Farm Bureau including in Perry County. The county has 873 members, which includes 95 new members.