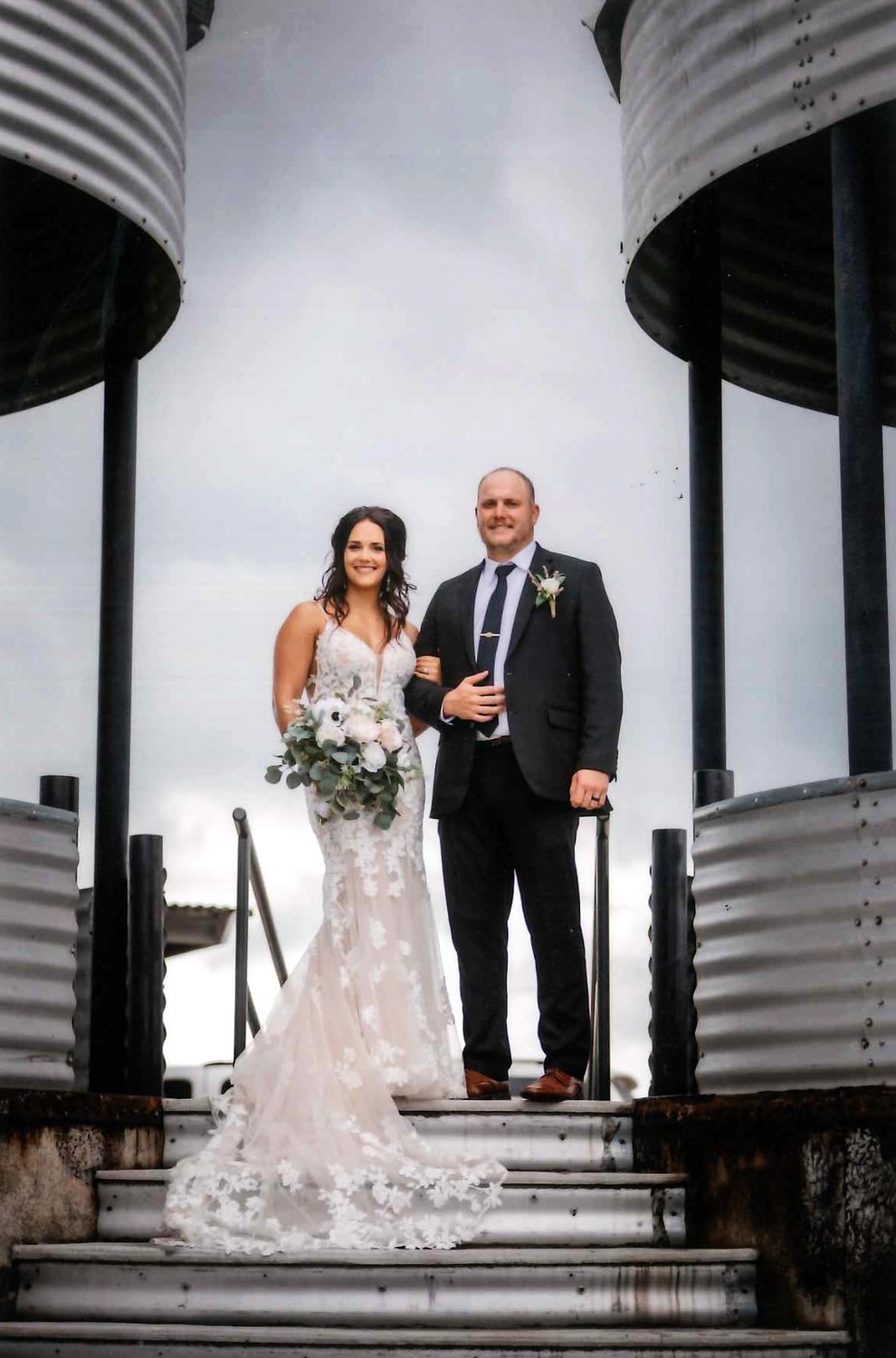 Joseph and Shelby (Mattingly) Erlacker of Perryville exchanged wedding vows on Oct. 2, 2021 at Generations Barn and Bins in Perryville. Deacon Vernon Chotrow officiated the ceremony. The bride is the daughter of Jeff and Melissa Mattingly of Perryville. She is the granddaughter of Leo and Carol Balsman Jr., Alma Mattingly and the late Donald J. and Shirley Mattingly. The groom is the son of Richard and Doris Erlacker of Perryville.
He is the grandson of the late Marion and Donna Erlacker and the late Otto and Martha Schlichting.
Serving as maid of honor was Taylor Long. The bridesmaids were Kelsi Barron, Lauren Archer, Shae Mattingly, Tiffany Niccum, Courtney Kiefer, and the flower girl was Ella Long.
The best man was Nicholas Erlacker. The groomsmen were Blake Mattingly, Derek Fuhrmann, Corey Bohnert, Jason Behrle, Jacob Sutterer, and the ring bearer was Carson Bohnert.
A reception and dance was held at the American Legion Hall in Perryville.
The couple is making their home in Perryville.