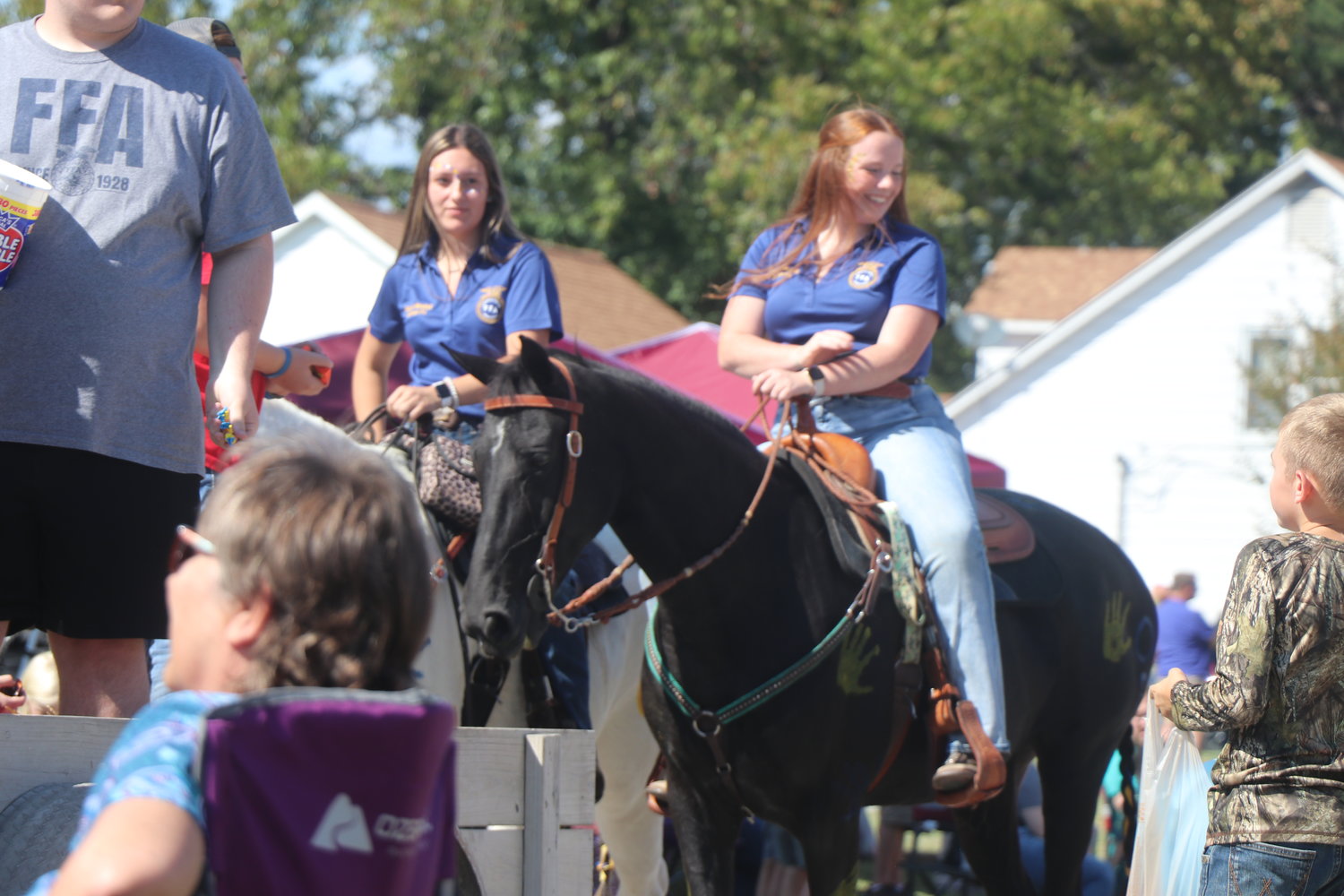 If a person asked East Perry Community Fair Publicity Chairman Fred Eggers exactly what he thought about the fair, he could tell that person one thing.
There were a lot of people there.
“It was the largest crowd we have ever had,” Eggers said. “Friday’s crowd was the largest we’ve ever had for that day. We were blessed with good weather which helped us out a lot. Overall, things went very well. People love to get together with friends and family and just talk about things.”
Eggers estimated that East Perry County saw in excess of 30,000 people walk about the grounds over the course of the two-day event.
Many came for the various food options available at the fair. There were 17 food stands with hamburgers, catfish fillets, funnel cakes, and bratwurst along with newer choices like Philly cheesesteak, nachos, tacos, pizza, and blooming onions.
Yes, the grilled cheese sandwiches was available as well.
With more people, means more food, right?
According to Eggers, that would be correct.


“The fair’s food stand sales were up from last year,” Eggers said. “Nearly the outside food vendors had more sales than they had last year.”
Eggers had a couple thoughts on why the attendance was up so dramatically.
“We had great weather and Friday was probably perfect, and we don’t charge for admission, parking, or entertainment,” Eggers said. “Maybe people were just ready to get out of the house.”
Those people saw the customary 4X4 Truck Pull on Friday evening as well as the fair’s largest spectator draw, the “World Championship” Mule Jumping Competition at 4 pm on Saturday. Following a successful first year a Hot Rod Tractor Pull was on Saturday evening.
However, for the first time the fair featured local artists, Logan Allen Chapman, Carly Green, and Ian Ferguson, which Eggers noted was a huge draw.
“That was very well received and people were pleased with it,” Eggers said. “They are three young, up and coming artists and people don’t have the opportunity to see them because they perform out of state or at different venues. That was the first time we have done that and we have already talked about it Sunday and it’s likely we do the same thing in the future.”
That future begins in earnest with several meetings already scheduled within the next few months to talk about next year’s fair.
“We discuss how things went once the bills are paid,” Eggers said. “In January we have our annual meeting where we decide to have the fair for the next year. That’s when we start talking about changes and things we can do to make the fair even better.”