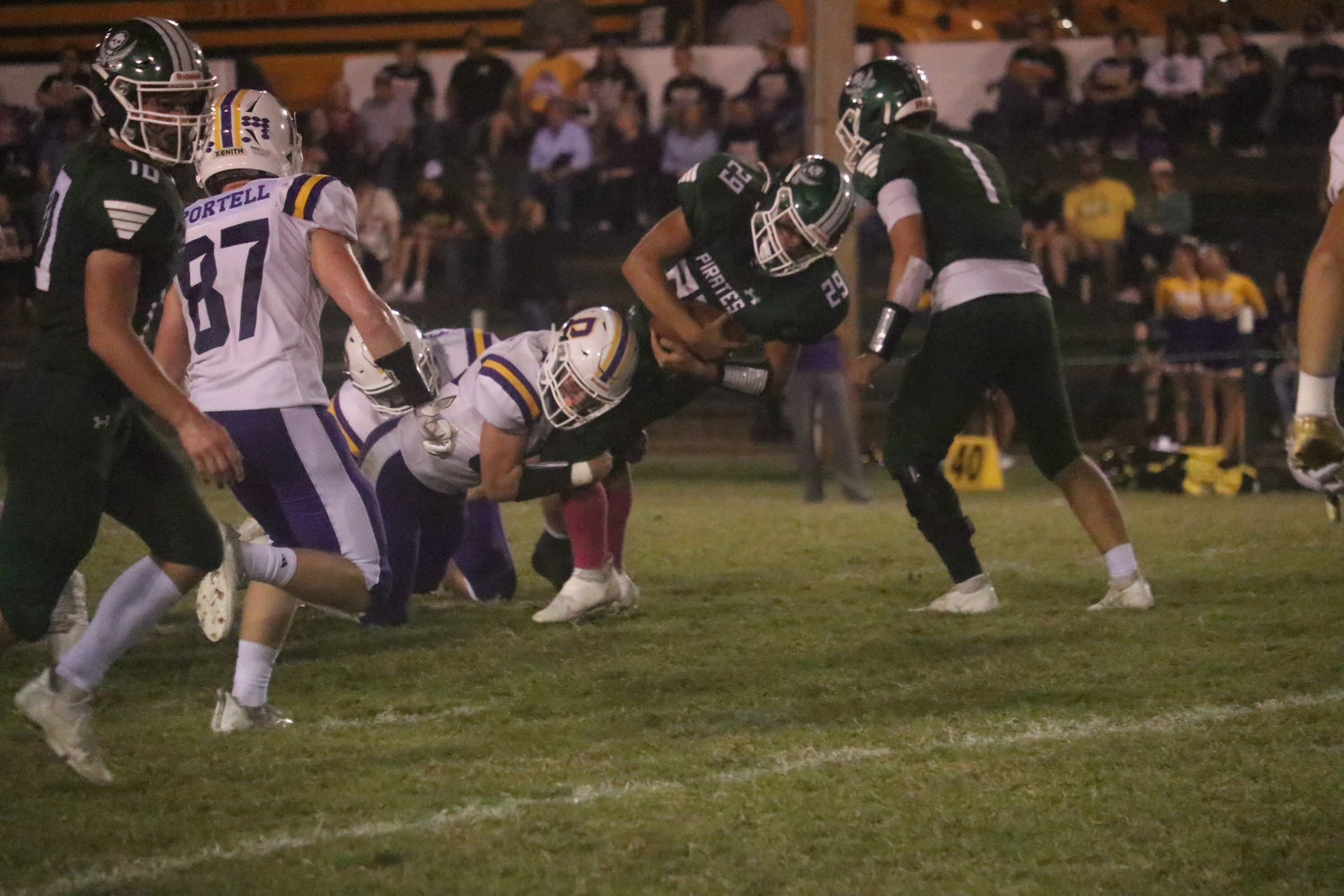 To hear Perryville football coach Brent Roth tell it, the Pirates had to quickly abandon ship on their offensive gameplan.
Ste. Genevieve scored early and often and in all three phases to hand Perryville a 61-7 loss on Friday during the Dragon homecoming.
“It seemed like when they touched the ball, they scored,” Roth said. “Whether that be on a blocked punt or on offense. I think two of their first three offensive plays went for touchdowns. They got out to a lead so quick that our gameplan went out the window.”
That gameplan was to run the ball more effectively since the Dragons were more patient on the defensive side instead of blitzing, which was what Roth and his coaching staff thought Ste. Genevieve would do.
“They played really traditional and I felt like we could have run he ball on them. However, when you are down 28-0 you just can’t keep running the ball. I felt like we had some good runs in the first quarter though.”
The Dragons were putting up points in a hurry
Ste. Genevieve began the scoring when Will Vaughn blocked a punt and the Dragons returned it seven yards for the game’s first points.
Austin McBride scored later on a 50 yard scoring run and Klayton Squires returned a fumble 28 yards for a 35-0 lead at the end of the first quarter. Ste. Genevieve added a touchdown through the air and an interception return for a score as they led 55-0 at the half.
The Dragons outgained Perryville on the night 382-67.
Despite the score, Roth was looking for any sort of silver lining to the otherwise awful night.
He found it in the third quarter when Alex Sanders produced the only points on the night for the Pirates with a four-yard run.
Sanders was the leading rusher for the Pirates with 41 yards on eight carries and the one touchdown.
“Alex ran the ball very well and our backs played alright,” Roth said. “I thought our pass protection was pretty good. We changed our splits up front and we wanted to tighten up that part of our game.”
Perryville will play on Saturday this week as they take on Dexter for the Pirates annual homecoming game at 1 p.m.
Dexter fell to Kennett 32-6 last Friday, but before that registered three straight shutouts. Roth knows it will be a tough game.
“They have some good athletes on both sides of the ball and we have to do a good job up front of containing that,” Roth said. “The other thing is that we have to make sure we are ready to play on Saturday. Homecoming can cause a lot of distractions and there is a lot of hoopla associated with it. The players will be part of the parade. They can participate in al that while being sure to be ready to play what I feel is the most important part of homecoming, which is the football game.”