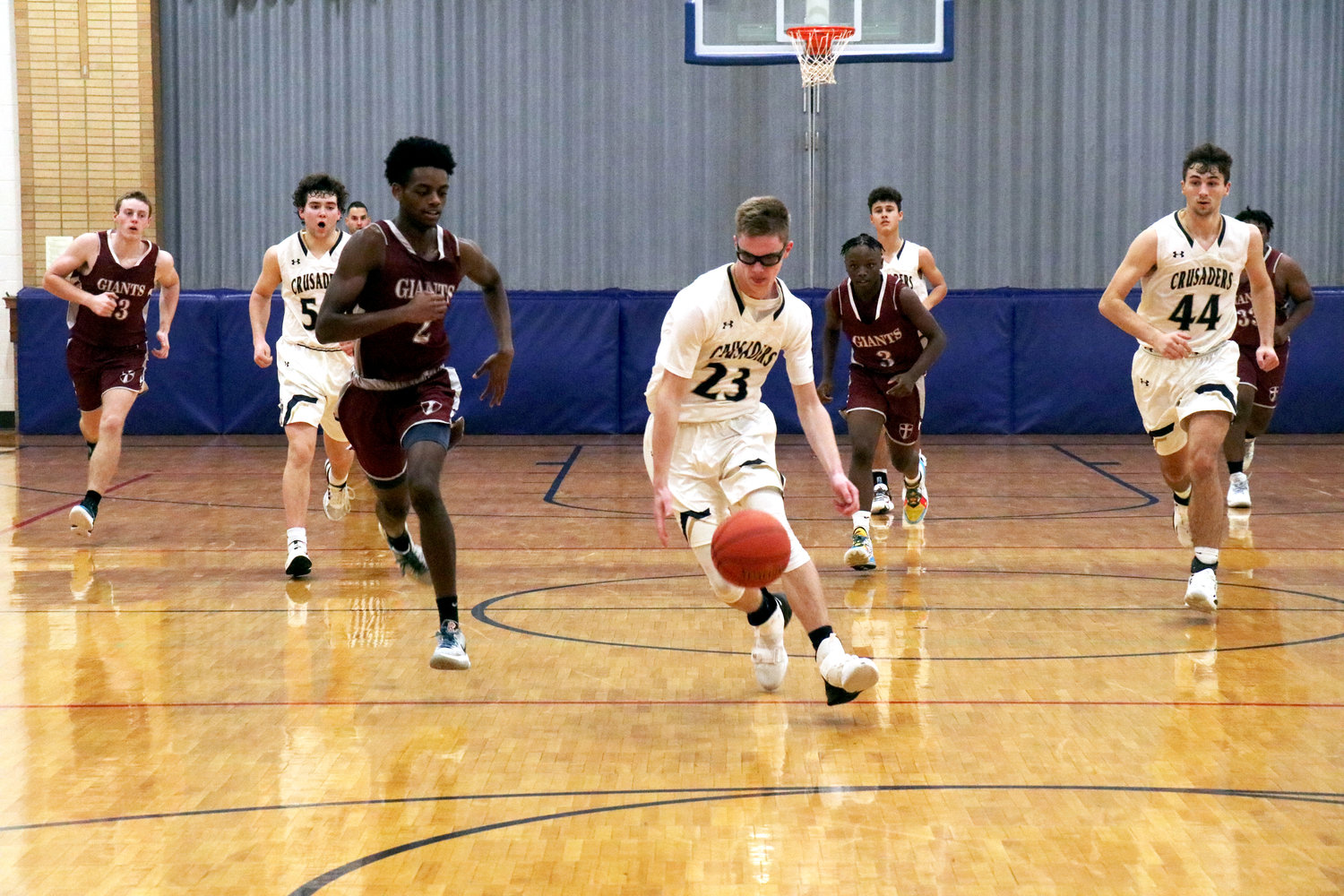 The Saxony Lutheran boys rebounded nicely in the Winter Warrior Classic. One night after squandering a fourth quarter lead to third-seed Kingston in the semifinals. The Crusaders came back with a vengeance in the third-place game.
What led the way was none other than a great defensive effort.
Saxony Lutheran allowed no more than nine points in any quarter on the way to defeating the host Valle Catholic 62-20 in the third-place game of the Winter Warrior Classic on Thursday.
Saxony started slow in the first quarter offensively scoring just nine points and making just a pair of field goals, both by Will Eldridge, but held steady on the defensive end and still led 9-3 after the first eight minutes.
Saxony fell to Kingston in the semifinals 52-46 in part because of a lackluster fourth quarter in which the Crusaders were outscored 22-10 in the final period. It looked as if much of the same would occur in the third place game as well.
The offensive struggles changed in the second quarter.
Saxony outscored Valle 24-9 in the next quarter, which included 12 points from senior Wilson Lodge, who finished the game with 21 points to lead all scorers. Wade Eggemeyer added 13 for the Crusaders, while John Hartmann and Luke Eggemeyer each had eight points.
The momentum continued after halftime by which time Saxony Lutheran led 33-12.
The Crusaders added on by outscoring Valle Catholic 20-4 in the third quarter.
Carson Tucker led the Warriors with seven points in the game, while Aiden Heberlie and Andrew Basler each had three.
Saxony Lutheran (8-3) will travel to Herculaneum on Friday as they continue their season.