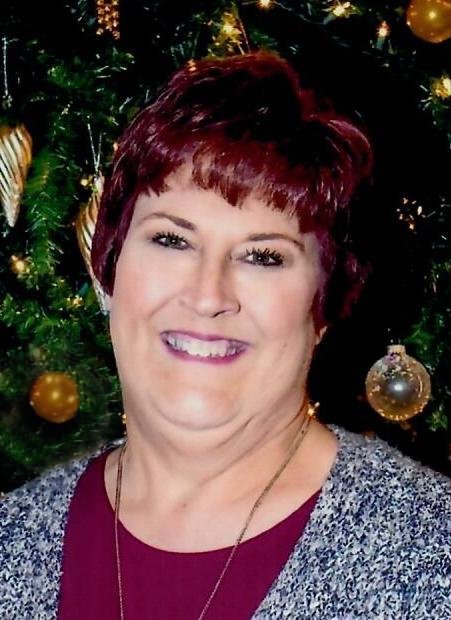 Debra Lou “Deb” Clingingsmith Scholl, 58, of Jackson, was peacefully called by her Lord and Savior, Wednesday, May 4, 2022.
The third of three children, Deb was born November 3, 1963, in Cape Girardeau, to Alvin “Jake” and Alma Clara Hanselmann Clingingsmith. Her siblings are Robert and Connie.
Deb and Teddy O. Scholl were united in marriage on June 13, 1987, at Emmanuel United Church of Christ in Jackson. Deb and Teddy made their home in Jackson. The lights of their life were their four children, Andrew, Jacob, Amanda, and Joshua.
Deb was a 1982 graduate of Jackson High School and a 1986 graduate of Southeast Missouri State University. Her employment included Jackson Lanes, Saint Francis Medical Center, Kies Eye Center, and Cape Girardeau Surgical Clinic. In 2015, when Deb received a cancer diagnosis, she left her career and fully devoted her time to her family.
Deb had countless friendships. She stayed in touch with many of her classmates and attended every gathering she could. She enjoyed music, Jackson sporting events, and bowling. She was a lifelong, active member of Emmanuel United Church of Christ.
Survivors of Debbie’s immediate family include her husband, their children, and families: Andrew (Krissie) Scholl and their children Grayson and Logan of Jackson; Jacob (Jena) Scholl and their children, Ellie and Henry of Jackson; Amanda Scholl of Jackson; Joshua (Raelyn) Scholl of Jackson; the family dog, Daisy; and “grand-dogs”, Dooley, Duncan, and Callie.
Also surviving is her sister, Connie (Roger) Friedrich of Cape Girardeau; and nieces, nephews, and their families: Keely (Alex) Elfrink and their children Joseph and Sam; Kyle Clingingsmith; Nicole Hazelwood and her children Jaxson and Jaycee; Shannon Friedrich and his son Layne; and Blake Friedrich.
Teddy’s family includes five siblings and their families: Darrell (Pat) Scholl of Weatherford, Texas; Duane Scholl of Altenburg, Missouri; Roy (the late Ruth) Scholl of Suffolk, Virginia; Terry “Lin” (Fran) Scholl of Altenburg; Susan D. Scholl of St. Louis; and nieces: Lisa (Joe) Klieber, Courtney (Jeff) Knowles, and Crystal Niebarger.
Deb was preceded in death by her parents, Jake and Alma Clingingsmith; a brother and sister-in-law, Robert and Karen Clingingsmith; and Teddy’s parents, Henry and Delores Jean Scholl.
Visitation is from 4 to 8 p.m., Monday, May 9, 2022, at McCombs Funeral Home and Cremation Center in Jackson.
The Rev. Sam Roethemeyer will conduct the funeral service at 10 a.m., Tuesday, May 10, 2022, at the funeral home. Interment will follow at Russell Heights Cemetery in Jackson.
In lieu of flowers, the family appreciates memorial contributions to Saint Francis CancerCare Center, 211 Saint Francis Drive, Cape Girardeau, Mo. 63703. Online condolences may be sent to the family by clicking on the tribute wall tab of Deb’s obituary page at mccombsfuneralhome.com.