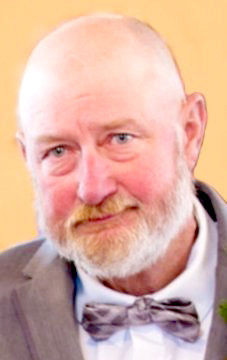 Darryl Scott Ruesler, 60, of Friedheim passed away Sunday, January 15, 2023 at Woodland Hills Nursing Facility in Marble Hill.
He was born July 25, 1962, in Cape Girardeau, son of Marvin Charles and Viola Pohlman Ruesler.
Darryl was a 1980 graduate of Oak Ridge High School. On August 26, 1980 he enlisted in the United States Marine Corps and was honorably discharged July 29, 1984 at the rank of Staff Sergeant. From 1984 – 2008 he worked at Kasten Masonry. Darryl then worked at Ron’s Butcher Shop in Old Appleton. He was an avid hunter and loved spending time with his buddies. Darryl could also be found cheering on his nieces and nephews at their sporting events. He also enjoyed being around farms helping family and neighbors with cattle and hay.
He was baptized, confirmed and continued his membership at Trinity Lutheran Church in Friedheim.
Loving survivors include his mother, Viola Ruesler; two children, Walter (Jessica) Ruesler of Friedheim and Lacey (Jason) Steffens of Frohna; five grandchildren Harlan, Colt, Corbin, Nolan and Nash.


Also surviving are two siblings, David (Becky) Ruesler of Old Appleton and Karen (Gene) Sachse of Oak Ridge and a sister – in – law, Sally Ruesler of Friedheim.
He was preceded in death by his father, Marvin and a brother, Alan Ruesler.
Visitation was Wednesday, January 18, 2023 at McCombs Funeral Home and Cremation Center in Jackson and after 9:30 a.m., Thursday, January 19, 2023, at Trinity Lutheran Church in Friedheim.Funeral service will be at 10:30 a.m. on Thursday, January 19, 2023 at Trinity Lutheran in Friedheim with the Rev. Paul Hoemann officiating.
Interment will be in the church cemetery with full military honors.
The family suggests that contributions be made to Trinity Lutheran Church or church or charity of choice.
Online condolences may be sent to the family by visiting www.mccombsfuneralhome.com.