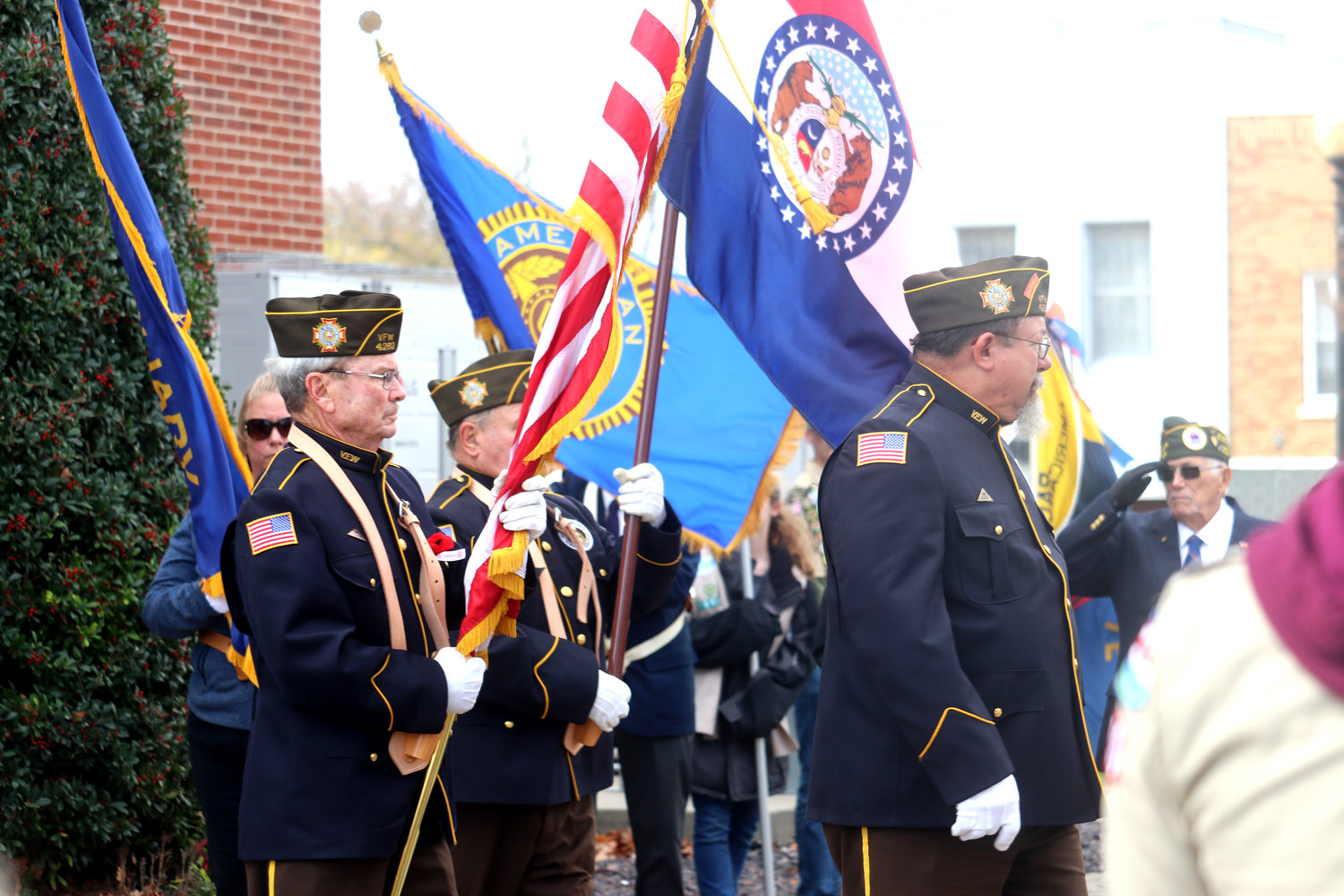 For Perry County Veterans Day ceremony keynote speaker Lyza Koesterer, the day is about remembering those military members who are still “with us.”
“Whether you were drafted or entered the military voluntarily, you helped keep this country free and for that we are much better off,” Koesterer said. “Whether you left the military three decades ago or three months ago, the contributions made to the United States will not be forgotten.”
Koesterer graduated from Cole Camp High School in 2016. Just a few months after graduating High School, SGT Koesterer went to basic training at Fort Jackson, South Carolina. She then went to her advanced individual training for human resources specialist school, also at Fort Jackson. After graduating her AIT, SGT Koesterer went to her first unit, the 35th Combat Aviation Brigade, and deployed with the unit in 2018 in support of Operation Inherent Resolve and Operation Spartan Shield. Upon returning home, she received orders to the National Guard Bureau and the Pentagon in Washington, D.C. SGT Koesterer spent 12 months there then transferred to the 1137th Military Police Company, where she became qualified as a military police officer. SGT Koesterer’s final duty station was at the Missouri Joint Forces Head Quarters. During her seven-year enlistment, SGT Koesterer was awarded 2 Army Commendation Medals and 2 Army Achievement Medals, along with various other personal and unit awards. SGT Koesterer is an Executive Board Member for the Perryville American Legion Post 133, an active member of the Post 133 Honor Guard, a full-time student studying engineering, part time farm hand, and wife to Joel Koesterer, a Marine Corps and Army veteran.
She noted that going into the military helped shape her into the person she is today.
“I had a difficult childhood and I wasn’t really sure where I was going,” Koesterer said. “I did a complete 180 degree turn and joined the Army at the age of 17, becoming a first generation service member in my family. If my time in the military has taught me anything, it’s about resiliency and courage. I contribute my drive to leaders who have always challenged me to be better and the Army instilled those values in me.”
Koesterer noted that with herself technically being considered a veteran as well, it makes her proud to have served her country.
“Veterans can do anything,” she said. “Veterans can be farmers, engineers, entrepreneurs and many other things. They all have the same resiliency they have gained through their service just me like me. Veterans should be proud of who they are and what they accomplished. I know I am.”


Perry County has many memorials that celebrate veterans and the sacrifices of military members. For that reason, Koesterer is proud to be in the area.
“Perry County is proud of its Veterans and it should be,” she said. “all you have to do is go around town and see all the different ways the community celebrate the military.”


MNVM ceremony
The Missouri National Veterans Memorial also held its own Veterans Day ceremony on Friday. Lt. Col. James Sinclair spoke about the value of veterans.
“This Veterans Day we come together to honor the members of all military who have sacrificed in war and peace to protect America and the American way of life,” Sinclair said.
Sinclair spoke about the importance of the word “remembrance.”
“This day allows everyone to remember the enormous sacrifice of the men and women of the military and the sacrifices they continue to make,” Sinclair said.