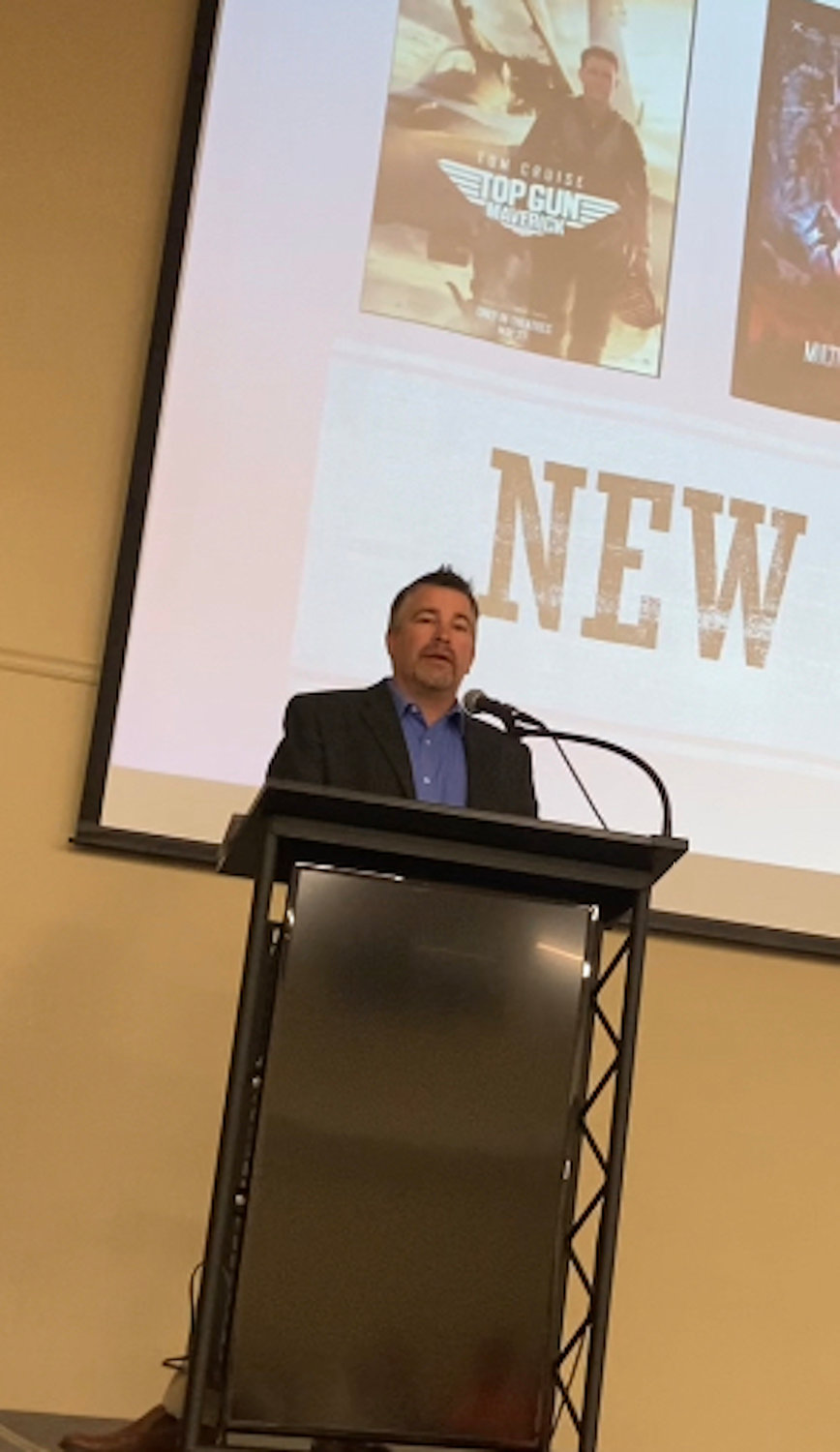 By Daniel Winningham
editor@perryvillenews.com
Perryville city administrator Brent Buerck provided updates on a series of city and county projects during his appearance at a June 8 Chamber Coffee and Connections event.
Work continues to progress on Ranken Technical College, which will be located on Highway 51, across from T.G.
“That is an incredible deal we got from the state of Missouri, Ranken partnered with us,” Buerck said.
Planning continues as well for the Justice Center, which will be located on the old St. Boniface property end of St. Joseph Street.
“This joint justice center is really first in Missouri to my knowledge, maybe the Midwest, where a community had the vision to combine police and sheriff and eliminate the duplication of services. Right now we both have jail facilities, we both have dispatch facilities. For years we were both operating courtrooms and paying judges. Over the last decade we’ve consolidated a lock of services.
Over the past 10 years or so, there has been an effort to consolidate services, Buerck noted.
This began with an approved citizen vote to eliminate the city collector position and have the county collector handle this.
“That kind of started us on a chain reaction of several projects,” he said.
If adding the new Chester Bridge (estimated most recently to cost more than $200 million) Buerck said the combined projects total $276 million invested in the city and county.
“These are blessings that communities our size don’t often see,” he said. “Most of these are once in a generation in a community, once in the lifetime of the city administrator. These are really transformational projects.”
“One of the main goals I had, the police department had, was how close can we locate this justice center to our kids, which are our future,” Buerck said. “It’s a scary world we live in but it’s the reality we have to face. St. Joe, between St. Vincent’s and Immanuel, and being a stone’s throw away from the public school district, we think will serve the community very well going forward.
Other minor improvements include a Greenway trial extension, to steer individuals from the splash pad at Miget Park on French Lane to the soccer complex.
In addition, the Perryville Board of Aldermen have committed to building a skate park. We tore one down several years ago… We going to do it better, and in a better place.”
The estimated commitment from the city to a skate park is $75,000 at this time.


Also, Buerck said work on the impound building on Delaney Street is progressing, and the new sewer trunk line from the sewer plant to Allens Landing Road (Highway E) continues. The second phase of this project goes from Allens landing road to the U.S. Highway 61 round-a-bound. The third and final phase will get it into town.
“That’s important because it takes your poop to our sewer plant, so we can clean it up and treat it,” Buerck said.
MORE IMPROVEMENTS
The Perry Park Center will be getting substantial updates soon as well, Buerck noted. The facility first opened in 1999.
“It’s old, it looks old, so we’re starting the process of refreshing that,” Buerck said.
Work will also take place at the city-owned airport.
“We’re working on the first electric charger for planes,” Buerck said. “ It’s going to be at the Perryville municipal airport. We’re working on charging stations for cars at the Holiday Inn.”
Buerck also mentioned the possibility of bringing a nine-hole “executive” disc golf course to Northdale Park.
Buerck noted the city is in discussions about possibly a adding a boat ramp in Old Appleton.
“That’s a really nice resource down there,” Buerck said.
One concern Buerck brought up was the issue of housing.
“Housing is a problem, it is a limiting factor of our growth going forward as a community,” she said. “We are really working hard as a community to see what we can do to incentivize housing and bring housing here.”
“What these folks have done for this community has been absolutely incredible,” Buerck said. “Ten years ago we did a map of the downtown and we blacked out everything that was closed, vacant or not being used. It was pretty incredible, about 35 percent of our stock was underutilized.”
Buerck credited the Board of Aldermen with adopting a grant program.
In 2012, there were 25 vacant properties in this area. Buerck reported that number was down to six in 2021.