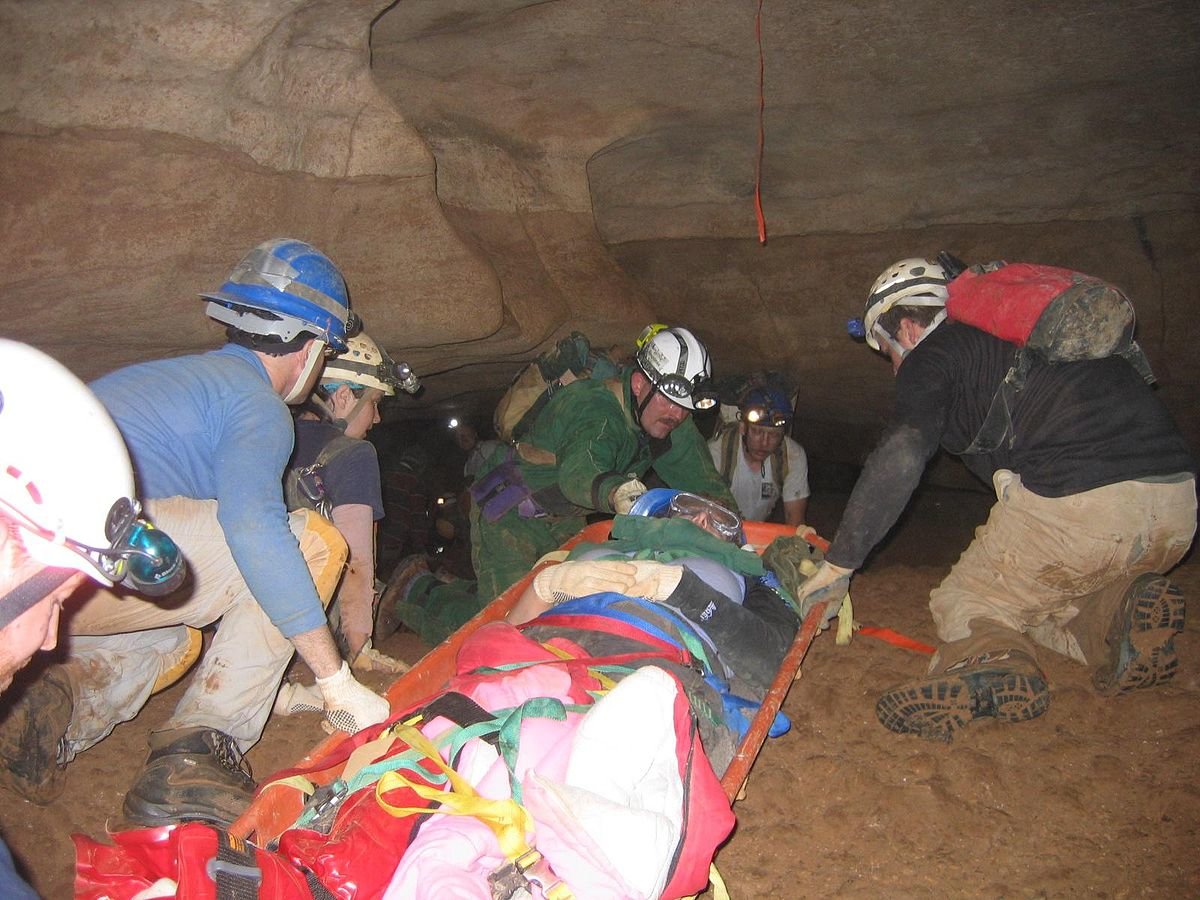 When a person thinks of firefighters they usually think of them rescuing people from burning structures above ground. In the coming months, they will make a trip underground as well.
The National Cave Rescue Commission will hold an Orientation to Cave Rescue Seminar in Perryville October 29-30. Multiple fire and rescue departments will be in attendance. The event which will be held at the Perry Park Center is an introduction to cave rescue. Topics covered include Incident Command System and how it applies to cave rescues, medical management, hypothermia, patient packaging, extreme situations, the cave environment, communications, media interaction, search, and more. There will be both classroom and hands on instruction and the students will run a mock incident. There are no prerequisites for this class. This is designed for anyone who has an interest in cave rescue management and operations. Both recreational cavers and emergency response personnel will benefit from this class.
Those under 18 will need to call the seminar coordinator to make prior arrangements to attend if not accompanied by a parent or guardian.
Biehle Assistant Chief Robert Cahoon said the seminar is a vital tool for the fire departments in this area. He has been working with the SEMO Grotto Clun and other caving agencies to bring the seminar to Perryville.
“Perry County has many caves, more than 700, and between all the groups such as the SEMO Grotto Club and other groups who do mapping and ecosystem checks, there is a lot of activity down in the caves,” Cahoon said. “I asked about the rescue side and not many people have any experience with that.”
There have been cave recue classes in the past, however it has been many years.
“We have a lot of new people at the fire department, so it is good to get a refresher course in the different techniques and technology underground,” Cahoon said.
There has not been an actual human cave rescue in Perry County in Cahoon’s time with the Biehle Fire Department. However, with the sheer amount of caves, it is a matter of when, not if a spelunkers get stuck in caves.
“There has not been a live human rescue in this county, however, there have been a few nationwide” Cahoon said. “It is vital that our rescue agencies become current in those recues so that we can provide a better service to the public.”
There are several aspects that he hopes people take away from seminar.
“How to navigate the terrain and how to safely remove the caver from that environment,” Cahoon said. “We train heavily on how to remove someone from a house or a car, but when you are in a cave, you are in a confined space. It is a bunch of different environment and techniques.”
Cahoon said it will be interesting to see how everyone reacts being in caves and different situations. Especially when it comes to things such as claustrophobia.
“It is different and unique,” Cahoon said. “It’s a dark environment that is not like anything else that you will experience. It’s a real eye-opener for some people and gives us a real-world experience in what we could be up against so that we can better prepare.”
Cahoon is excited for the opportunity with the seminar.
“There are many hours invested in this and many people to thank to get this rescue class a reality,” Cahoon said. “This is a year-long goal of mine and it is finally coming true.”