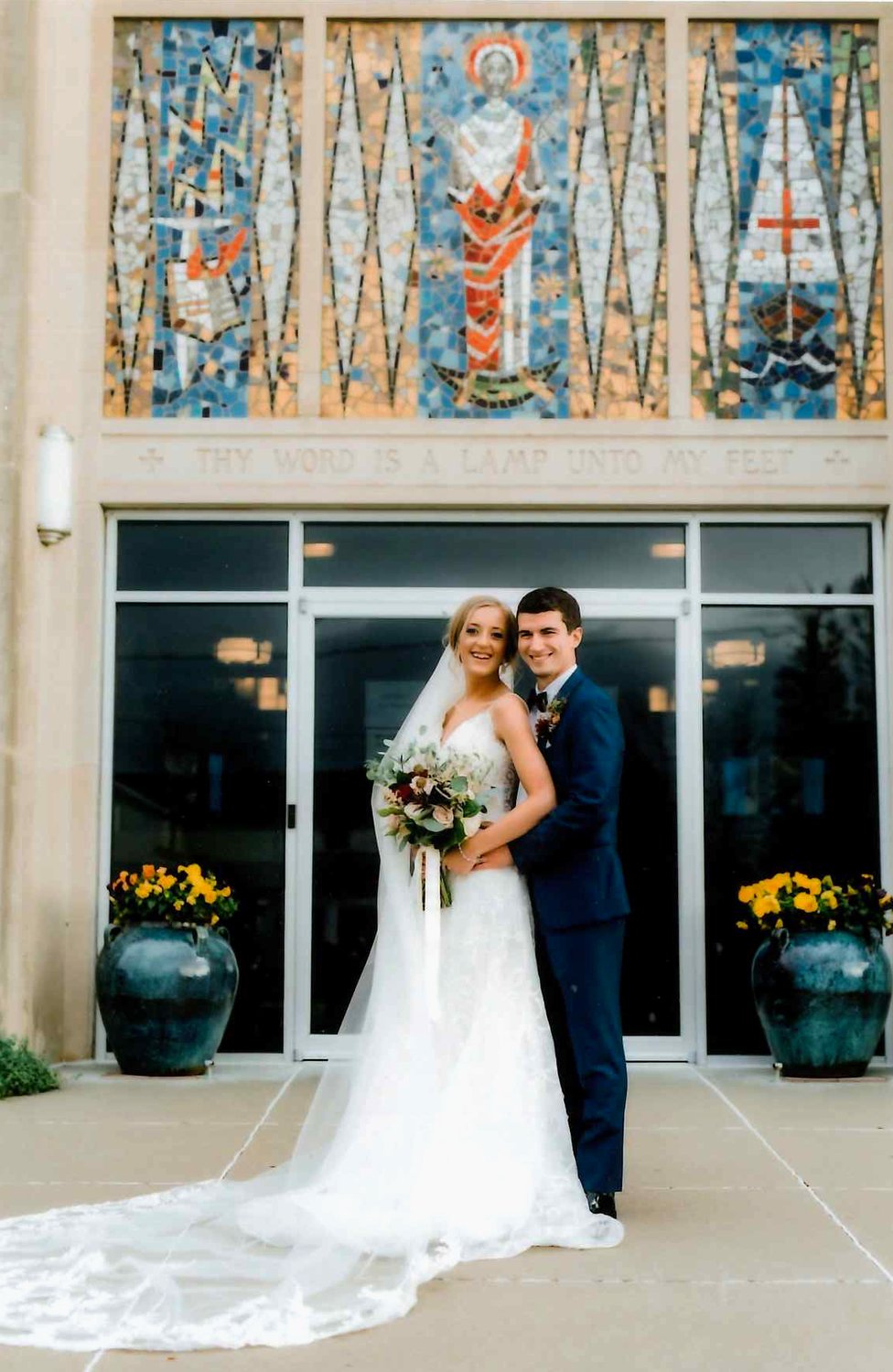 Andrea Rose Kueker of Perryville and Richard Bohn of Scott City exchanged wedding vows on Nov. 14, 2020 at St. Paul Lutheran Church in Jackson. Pastors Joel Sarrault and Joshua Schmidt performed the ceremony.
The bride is the daughter of Steven and Jane Kueker of Perryville. The groom is the son of Rick and Christy Bohn of Scott City. Serving as the Maid of Honor was Haley Boxdorfer. The Bridesmaids were Kate Bohn, Malorie Watts, Cassie Wilga, Lauren Krosley, Taylor Duvall, Amy Wibbenmeyer and Loegan Anderson.
Best man was Neil Kanneberg. Groomsmen were Logan Davis, Zach Moser, Jesse Kueker, Mark Zimmer, Dustin Kueker, Kris Kueker, and Scott Davis.
The usher was Michael Bohn, while the flower girl was Mackenzie Kueker.
Ringbearers were Henry and Cameron Kueker and the organist and soloist was Matt Palisch.
A reception was held at Knollcrest, with a rehearsal meal hosted by Rick and Christy Bohn at the Jackson Civic Center.
The bride is employed at the Jackson R-II School District as a third grade teacher. The groom is employed by Notre Dame High School as a World History teacher.
The couple is making their home in Cape Girardeau.