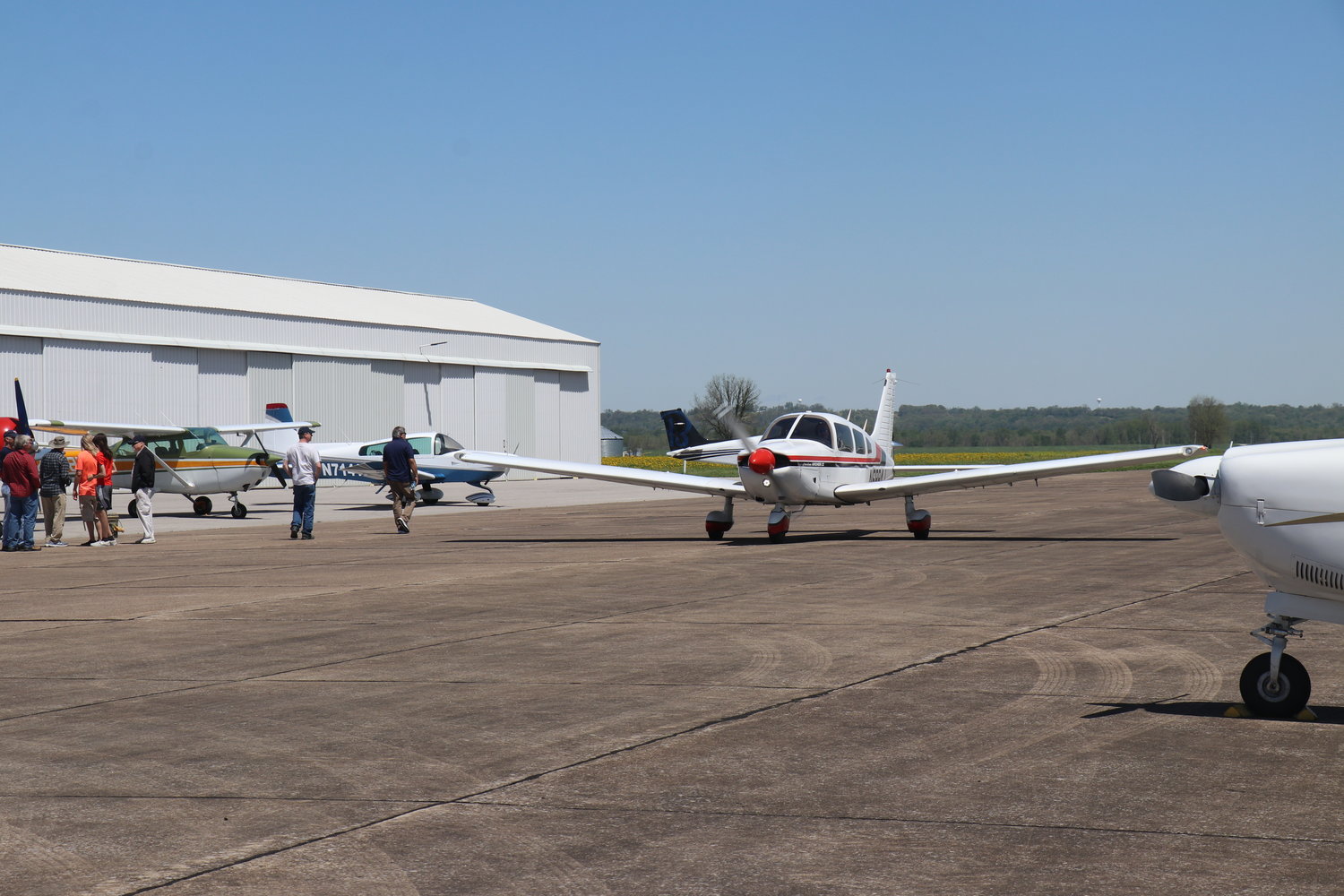 The Perryville Board of Aldermen made quick work of the agenda during their regularly scheduled meeting on July 19.
The board approved an agreement with Emery Sapp and Sons to help with Perryville Regional Airport Reconstruct Southeast Taxiway and East Apron Taxilane reconstruction.
Despite several contractors at the pre-bid meeting, only one bid was made. ESS was also the contractor when Route AC was completed a few years ago. MoDOT and the FAA have reviewed and approved this final bid, After much discussion, MoDOT has confirmed that this project will require Perryville to contribute an estimated $6,390 of the $4 million project.
“It demonstrates the value that the Perryville Airport has to the larger system,” Perryville City Administrator Brent Buerck said. “We are a backup to Scott Air Force Base and Boeing tests some of their equipment here.”
The concrete dates back to the original construction of the airport, around World War II, or about 80 years. The taxi lanes will be worked on first with the actual runway work coming in later projects. Perryville has the longest runaway between St. Louis and Memphis.
“This is the first step,” Buerck said.
The Board also approved a T-Hangar agreement with Cardinal Flyers, LLC
The recent closure of the private runway in Festus has resulted in several new
tenants here in Perryville and the airport is nearing capacity.
The Board also approved specifications for the interior floor project in the Perry Park Center.
“The Park Center opened in 1999 and is 23 years old,” Buerck said. “We have been systematically picking things to refresh. We finished the roof last year and the locker rooms the year before.”
Originally, the budget included the wholesale replacement of the floors on both levels. After seeking professional input, the better approach would be to do one level this year and the other the next. This will allow the city to paint the walls and then install the new floors on the main level, eliminating the possibility of one activity damaging the other.
“They are all original floors,” Buerck said. “It is a vinyl floor and the corners are breaking up and there is a lot of maintenance that goes with that type of floor. So we are going to do something different.”
The Board also cleaned up business from the previous meeting as well.
Kimberly Hager is requesting a special use permit to operate a massage business at 9 Rambling Hills Road. As proposed, this would include a small addition to her house for clients. Although the business was approved, the Perryville Police Department did a street study of the subdivision, which could lead to no parking signs near the residence to alleviate traffic concerns. That study was completed and it was determined to limit parking in front of the business.
In other news,
The City purchased a small tract of property between the existing public works office and the property where the new impound is located. Staff is planning to locate the new salt storage shed on this property with accessibility from the Public Works side.
The board approved an easement deed from Roger and Amy Naeger, which was necessary for the City to improve a sinkhole located on the property.
Perryville will enter into a development agreement with Petunia & Lilly’s Flower Shop, relative to façade improvement grant at 119 North Jackson Street.
The next meeting will be August 2.