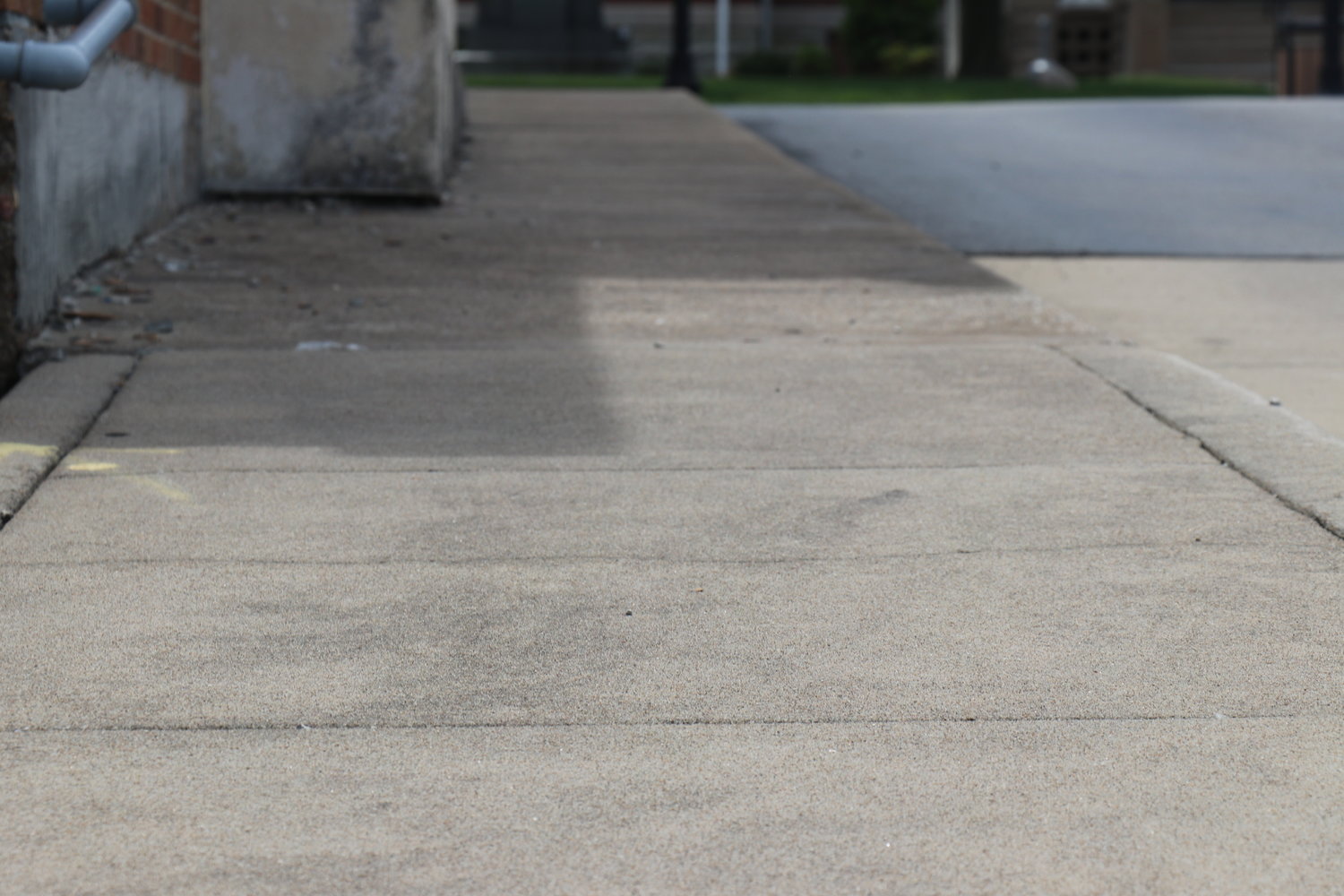 The decision was not unanimous, but after a rather lengthy discussion, the Perryville Board of Aldermen finally took action — sidewalks will be installed on a portion of North Moulton Street when repairs are made.
After a debating the matter for more than 45 minutes, alderman David Schumer motioned that the city follow the city of Perryville’s existing street ordinance. The measure was approved on a 4-2 vote, with aldermen Dennis House, Clinton Rice, Doug Martin and Schumer voting in favor while Curt Buerck and Tom Guth cast “no” votes.
Immediately following the vote, Buerck motioned to adjourn. It didn’t get a second right away.
Schumer took the opportunity to further explain the board’s decision.
“The policy says that if we’ve got the right of way to put a sidewalk in, we can do it,” Schumer said. “There are certain spots here where we’re going to need owner participation to be able to get that sidewalk in like we should.”
Examples provided by Schumer in this scenario included the removal of a fence, adjusting the grade in order to install a sidewalk, or getting rid of a tree.
Letters notifying the homeowners of the sidewalk improvements were distributed earlier this spring. The only resident to respond against the installation of a sidewalk was Jonathan Paulus.
City attorney Art Pistorio said the city has done its due diligence by letting the homeowners in the affected area know of the future infrastructure improvements.
“Everybody got a letter and one person said ‘no,’” Pistorio said. “That means everybody else said ‘yes.’ Everybody has been notified and one person complained.”
Pistorio said the aldermen may want to consider amending an ordinance that would prevent homeowners from being out of compliance due to their driveway not being long enough. The way the city’s ordinance related to the subject is written now, individuals parking a vehicle on a city sidewalk could be in violation.
Before a vote was cast, one alderman wanted the sidewalk committee to be eliminated and the chairman of the committee wanted to resign.
“I say we disband the sidewalk committee,” Martin said. “It’s all coming to a common discussion, anyhow. We’ve only had one for 14 months, we really haven’t changed the world.”
“Well, you disband the sidewalk committee all you want but we have a street policy,” Mayor Larry Riney said.
According to Perryville city clerk Tracy Prost, the aldermen have modified the street policy nine times.
“I’m not one for forcing a sidewalk on anybody,” Schumer said. “At the same time, I’m for putting sidewalks if it makes common sense from Grand to Drury (streets).”
“I just don’t like your yard, my yard but not his yard,” Buerck said.
“Some people like sidewalks,” Schumer said. “If you look from the road at a house with a sidewalk, that house might appeal to somebody rather than the house next to it. To each their own.”
“I just hate forcing something on somebody that doesn’t want something,” Guth said.
Part of the discussion centered on what should be done if a homeowner voices opposition.
“I just don’t like the idea of skipping,” Buerck said. “It just don’t look right, in my opinion.”
“I would rather see it continuous,” House noted. “But you’ve got to look at every issue. If a car is going to hang over the sidewalk, then that’ll be a problem.”
“The street policy says we put sidewalks in when we re-do the streets,” Schumer said. “It’s for the good of the community.”
“Is it for the good of the community, to spend that kind of money on a sidewalk on that street?” Guth asked.
The engineering for the sidewalk improvements has yet to be completed. The city is scheduled to be presented with an inventory of its existing sidewalks by the Southeast Missouri Regional Planning later this year.
The meeting adjourned at 8:16 p.m.
NEXT MEETING
The Perryville Board of Aldermen will meet against Tuesday, June 7, at 6:30 p.m.